I’m often asked what it was that made me become Muslim. That “one thing” that really convinced me that Islam was truth. Honestly there were many incidents and thought provoking conversations, incredible people and answered supplications. The one thing that does stick out in my mind as a proof that I couldn’t ignore, was the Quran.

As a Christian, I was taught that God promises to protect and preserve His word (Psalms 12:7). The more I began to learn about Islam, I learned how the Quran was a continuation of the message given to previous prophets, and that this message was indeed protected. It had been unchanged for 1400+ years, still found in its original language. It had been committed to memory by millions worldwide so even if the physical copies were destroyed, the message would survive. This became an undeniable proof for me. A manifestation of God’s promise. With this realization, I knew that if I accepted the Quran as truth, then I had to follow the commandments written inside. I didn’t want to “just believe” and then change nothing. If I trusted that God preserved His word for all mankind, then I had to believe it was a timeless message that needed to be adhered to. I wanted to live in accordance with the religion, the requests of God, no matter how challenging some of them seemed. I would be lying if I didn’t say that sometimes those challenges hurt, or felt insurmountable (I will talk more about some of these in the future). But I was thirsty for knowledge. Once I became Muslim, I wanted so badly to learn as much as I could, as fast as I could learn it. I used to get upset when other Muslims would tell me that I should “take it slowly”. I felt like I was going to kindergarten at 22 years old, so all I wanted was to catch up. I had lofty goals, and plenty of time on my hands. I buried myself in lectures, courses, books, and gatherings. I made promises to myself regarding what I intended to learn and achieve as a Muslim in the future. Then life happened.

Marriage, final years of university, children, a move overseas, more children… my responsibilities increased dramatically. In Canada I had been nurtured and supported by an active community of family-friendly mosques, regular meet-ups, conferences, courses and regular study. Once in Turkey, I was alone, couldn’t speak the language (even if I could find a study group), mosques were not family-focused (to say the very least), and anywhere I went I was trying to do to it with multiple kids in tow. Gradually, my faith took a steep dive. For a long time I tried to ignore it. I tried to remind myself that raising children was an act of worship. Soon however, it became clear I was offering them less and less regarding Islamic teaching. After all, how can you pour from an empty cup?

My favourite verse in the Quran is 3:103 ” And you were on the edge of a pit of fire, and He saved you from it.” I have always felt this verse was written for me…”my verse”. I was so lost and God saved me. He saw me and saved me, but this last year in particular, I couldn’t help but wonder if I had been squandering this gift. What was I doing for God? The eager, knowledge seeker I once was was gone. I felt a major void, a horrible low in my faith, but couldn’t find a solution. I began to ask others what courses they were taking, only to sign-up and never finish them. What books people were reading, only to never read them. Nothing was working, and honestly it wasn’t until recently that I realized what the problem was. You see, my favourite verse, continues… “And hold firmly to the rope of Allah*… 3:103” Some scholars are of the opinion here that the “rope” is referring to the Quran, the Word of God. In my moments of feeling so lost, not knowing where to turn, or how to get “that feeling” back, I looked for every possible solution except the most obvious one. I kept waiting for someone to help motivate me, or teach me… to encourage me or fix me. The whole time the answer was right there. God was saying “I saved you, I threw you a life line, now use it.”

In the pursuit of knowledge, the great scholars of Islam always tell students, that Quran must come first. Learn the book of God first, understand it, and then move on to other sciences of the religion. It is of such significance, it is part of the standard of how we choose leaders in our communities. We choose based on a person’s knowledge of the Word of God. Somewhere I lost my focus, and my better judgement. I didn’t make Quran priority. When I approached it in Arabic I felt like it wasn’t penetrating my heart, yet my reading of it in English was inconsistent. Gradually over the course of the last few years, I felt so distant from faith and from God. I felt alone and lonely, wondering why I couldn’t change my relationship with Him. What was wrong with me? But sometimes when you feel alone, you just need to “remind yourself that God has sent everyone else away, so that there is only you and Him.” (Rumi) I looked for every kind of solution to come back to Him except the most obvious one. I felt alone, but God promises us, “come close to me by the length of a hand, and I will draw close to [you] the length of an arm… come to me walking, I will come to [you] running.” (Sahih Muslim) My lifeline was there… I just needed to reach out my hand.

*Arabic-speakers of all Abrahamic faiths, including Christians and Jews, use the word “Allah” to mean “God”. In this post I have mainly used “God”. The terms are interchangeable, and will be used as such in future posts 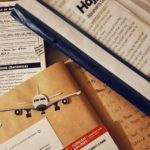 1000. That is the number of people the Saudi government is saying will be allowed to perform Hajj this year. I keep thinking to myself, 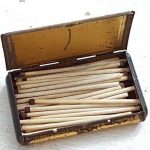 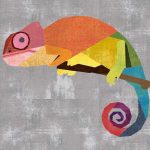 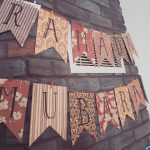